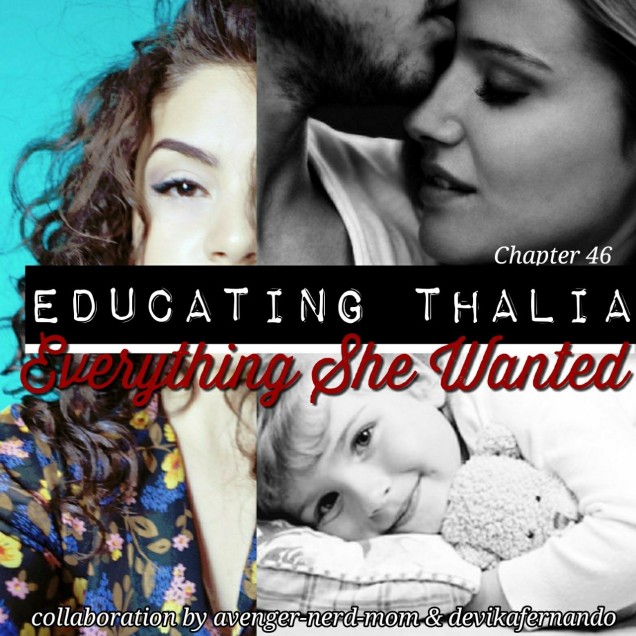 A collaboration involving Professor Hiddleston and Professor Evans- The two are rivals at a posh New England university and have no idea they both have taken interest in the lovely Thalia Bareo. She’s a grad student with interests in language and history; a sassy full-figured Puerto Rican girl from Chicago.  Story updates are posted on Wednesdays and Sundays.

Summary:  Thalia returns home after a dinner out with an old friend.

The house is quiet when she tosses her purse and coat over the chair.  Setting the keys on the side table, she smiles at the glasses resting on top of the unfinished Times crossword puzzle from last week.  She pulls off her heels and leaves them by the railing.  Climbing the stairs, she can’t wait to get out of the tight fitting dress and into her comfortable jammies.  She still has some research to do for the upcoming presentation for the university, but the bed is calling her name.

The light from the room across the hall is still on, and she pauses just outside the door, listening to the solid deep voice reading about the fairy tale princess who got everything she wanted.  A soft giggle fills the air, and a sweet voice reaches her ears, “Oh, Poppa, don’t be silly.  Fairy tales don’t come true.”

Thalia steps into the light and Chris’s beaming smile warms her heart.  “Oh, honey, I think sometimes they do.”  He winks at her as Thalia sits on the edge of the bed, pulling the blankets up under Avery’s chin.

“What do you think, Thalia?  Do they?” the little girl asks, grasping the woman’s fingers in hers.

“Oh, sweetie, I think they do too, but I think sometimes you have to be the hero in your own story.”  Her warm chocolate brown eyes sweep across the postcards above the bed, ones she’s sent the child of far-off places around the world, the pyramids of Egypt, the Coliseum in Rome, and the Eiffel Tower in Paris.   Her eyes settle on the photo of the three of them in front of the Christmas tree in Rockefeller Center.  “The handsome prince doesn’t have to be the one to save the day.”  Her eyes glisten with tears as she kisses the little girl on the forehead.  “Goodnight, Bug.  We’ll fix pancakes in the morning before I get you to swim lessons, sound good?”

The little girl tugs on her curls and sleepily nods her head.  “Yum, will you add cinnamon and vanilla, like Poppa does?”  Her thumbs up in response to Thalia’s silent nod is good enough.  Avery whispers. “I’m glad you’re here, T.”

Rising from the bed, the little girl is already half asleep when her father kisses her cheek and follows Thalia to the hallway.

Closing the door, he places his hand on her hip and leads them toward his room.   “The handsome prince doesn’t always get his way?  What kind of mixed up tale are you feeding the kid?” He chuckles quietly.

Thalia bumps his hip as they walk.  “Hey, sometimes the princess has to learn to stand on her own.”  She stops in front of the door and gently caresses the side of his face.  “You need a shave and haircut.”

He turns his head to kiss her palm.  “Fine, Princesa.”  His hand roams around her hip and rests across the small of her back.  “Alright then, I’m glad you can be her Fairy Godmother when you come for visits, if you won’t be the Queen of this castle.  You know, she loves it when you take her to swim class and help with her Spanish.”

“That’s good; that’s good.”  Thalia taps the door frame, reading his intent.  “I can’t stay with you; you know that.”  She points to the other door.  “The guest room, Chris, that’s where I stay when I’m here on university business.”

He playfully bangs his head against the wall, “Aw, come on.  Can’t blame a man for trying.  Comin’ in my house, looking like that.  How many ties hold the dress closed?”  He winks at her and pushes back her mane of curls. “Ah, fuck, Thalia.  I hate it when you decide to act like an adult.”

She giggles, and her voice drops low so she doesn’t wake the child.  “My will still isn’t that strong.”  She leans into him, claiming his mouth.  She can taste the lingering flavor of his after dinner coffee and her mouth smiles against his.  Chris slides his hand up her back and tugs her hair at the base of her neck.  He twists his fingers in the curls there as their tongues tangle, each French kiss chasing the other.  The hand on her hip holds tight and her fingers roam across his chest.  She can feel him, hard against her thigh as he tries to wiggle his leg between hers.  Her brain is jumbled and she holds on when he moans quietly in frustration.

A quiet voice in the back of her mind tells her she needs to stop this, but all thoughts run away when he pulls her hair back and attaches his wet, plump lips to her neck.  A small gasp escapes the back of her throat as his other hand begins to grope under her breast.  His thumb caresses over her taut nipple, pinching and squeezing, teasing the lacy fabric across her skin.  Pushing him back, she whines, “Ah, fuck, Chris, no.  We can’t.”  Creating a space between them, she keeps her hand on the waist of his loose sweatpants.  “Damn you; you’re evil.”

Chris reaches for the doorknob behind him, opening his room.  “There’s room for two, Thalia.  You don’t have to keep running away.  I’ve been down on my knee once before to ask-”

She sighs and kisses him softly on the cheek, stepping back and breaking the spell between them.  The reminder of his proposal still stings her heart.  “I’m not ready for what you need; maybe I should stop coming back, so you can move on?”

Leaning against the door jam, Chris crosses his arms. 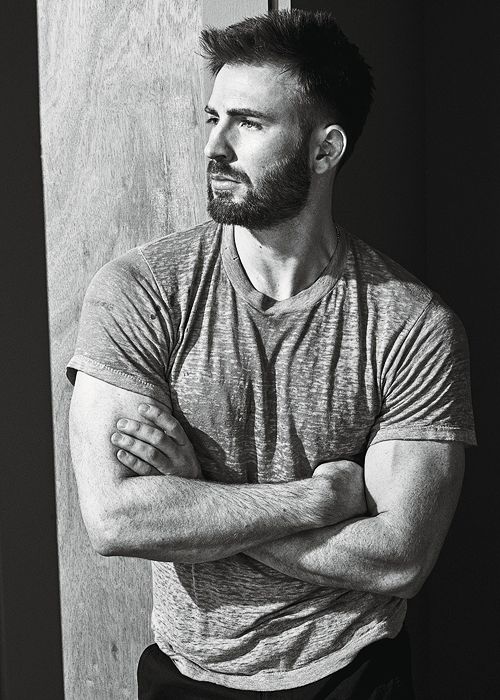 He nods his understanding.  “When you’re gone everything is gray.  I’d rather have moments of color, like these, than to have a lifetime of dark.  You taught me to walk in the sunshine again, Thalia.  You’ll always be mine,” he scoffs quietly.  “Even when you’re not… Good night, Niña. Te amo.”  With a wink and a crook of his eyebrow, he enters his room, alone.

“Te amo,” she whispers, as his door closes.  The dark-haired beauty returns to the space he offered her some time ago, when she was too afraid to stay in her own apartment.  Before entering her room, she looks down the empty quiet hall and envisions a life someday in a house of her own.  And she knows with more passing time, neither of her men will be the one who calls her “wife.”  Someday soon, one of them will grow up and leave her, but until then, she holds on just a little bit longer, not ready to make a decision.  For now, she’s happy being a princess, with two princes, each rescuing the other when they need it…  Still receiving her education from them both…

“Why are old lovers able to become friends? Two reasons: They never truly loved each other; or they love each other still.”

-Whitney Otto, How to Make an American Quilt

This concludes the story of Professor Evans, Thalia and Professor Hiddleston.

Click here for a “thank you” from one of the authors

3 thoughts on “Everything She Wanted”